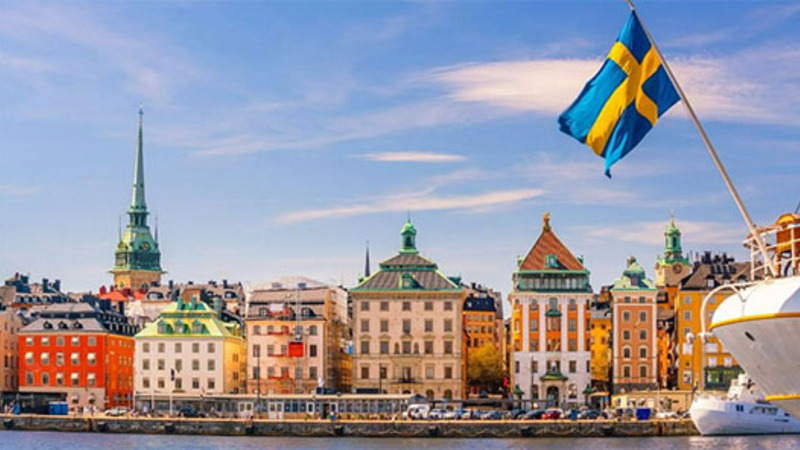 'The only country in which leading epidemiologists and political leaders asked what price their country, especially their young people, would pay under a lockdown was Sweden.'
Sweden by N/A is licensed under N/A
FPI / December 2, 2022

What would you think of a person who never asked the price of anything he or she bought?

You would assume the person was inordinately wealthy. But if the person wasn't, you would dismiss him as a fool, and you would certainly never ask this person for advice about how to spend your money.

Yet, for two years, that question — "What is the price?" — was avoided by virtually every political leader in the world as well as the vast majority of epidemiologists and physicians, journalists and editors, college presidents, deans, professors and K-12 teachers.

They never asked, "What is the price?" with regard to locking down businesses, schools and, in many cases, entire countries.

That is why so many political leaders, teachers, college presidents, doctors, epidemiologists and other scientists turned out to be fools.

The handful of scientists — and, of course, the even smaller number of academics or people in the mainstream media — who questioned the lockdowns were labeled purveyors of "misinformation" and "disinformation," the terms used by the Left to describe all dissent. Indeed, as of January 2023, California physicians who differ from the fools who dominate the American medical establishment will risk having their license to practice medicine revoked.

The only country in which leading epidemiologists and political leaders asked what price their country, especially their young people, would pay under a lockdown was Sweden. Otherwise, virtually no leaders — in science, media, academia or politics — asked the most important question: What is the price?

As a result, economies were devastated, millions of people who owned small businesses had their financial lives ruined, and young people suffered on every level. Fools, led by universities — Harvard shut down in early March 2020, when there were 51 confirmed cases COVID-19 in the entire state of Massachusetts — and followed by virtually every teachers union, ruined countless young Americans' lives. For nearly two years, young Americans were deprived of an education, deprived of interaction with peers, and masked everywhere they went outside of their homes. One result is that young Americans now have the highest rate of mental and psychological problems recorded in the country's history, have the highest rates of depression and suicide and are academically at the lowest level for their age ever recorded.

This happened because teachers unions are led by fools and because virtually every public health authority is a fool. And because the overwhelming majority of American parents put their faith in fools — and thereby injured their own children.

Fools led sheep. Parents were sheep; airline heads who went along with the abusive policy of forcing 2-year-olds to wear masks for hours on end were sheep; even the vast majority of priests, ministers, and rabbis were sheep.

We are therefore faced with two big questions:

First, why are most leaders and experts fools?

Second, why do most people put their faith in fools?

The answers are related.

Most experts know a lot about one thing: their narrow area of expertise. They know as much about other areas of life as non-experts. But they think they know a lot. Yet, because experts were never taught to ask, "What is the price?" anyone who ask that question is likely to give better advice than almost any expert.

The fact that experts don't ask the question goes to the heart of the crisis of our time: there is no wisdom-education. At school — from first grade to doctoral programs — wisdom is never taught. Therefore, the people who run our educational institutions are fools, and fools cannot teach the opposite of foolishness: wisdom.

For nearly a century, Americans — and most others in the Western world — have been told that knowledge is all one needs to make important decisions. Therefore, people assume that experts — i.e., those with a great deal of knowledge in one field — give good advice, design helpful policies and should therefore be followed unquestioningly. Whenever I spoke out against lockdowns — as early as April 2020 (you can look it up), I called the worldwide lockdowns the greatest international mistake in history — respondents on the internet and callers to my radio show said my viewpoint could not possibly have merit because I am not a health expert. Yet, even when I cited physicians, or had physicians on my radio show, who agreed with me, the usual response was either that they represented a minority viewpoint (as if that automatically invalidates a science-based point of view) or that they weren't really experts because they weren't epidemiologists!

Given that expertise is venerated and equated with wisdom, people have ceased thinking. Since they are not experts, thinking is deemed pointless. Obedience is all that's called for. So, even as parents watched their children — the people they most cherish — get depressed, begin using drugs, detach from human intercourse and regress academically, they never considered questioning, let alone disobeying, the experts.

If wisdom had been taught in schools and at home, Americans would have asked, "What is the price?" or, if you prefer, "What is the downside?" Yet schools do not teach this, and most parents, themselves the products of a wisdom-free education, also do not.

The abandonment of the question, "What is the price?" has led to terrible consequences in every area of life.

Few young Americans ask, "What is the price?" for delaying marriage or for not marrying at all, or for not having children, or for participating in the "hook-up" culture, just to cite a few examples of self-destructive decisions tens of millions of young Americans have made.

Few people of any age ask "What is the price" of rapidly shifting to wind and solar energy? Then they are shocked at the price of gasoline and, for that matter, everything else, since everything is dependent on cheap energy. They have been indoctrinated into believing that the only price worth considering is the global warming price of using fossil fuels. The experts keep telling them that. Yet, that price is either model-based or far in the future — in either case, a function of foolish experts — while the price of abandoning fossil fuels (oil, coal and natural gas) and nuclear power is immediate and catastrophic.

Yet, no matter how much damage obedience to experts has wrought, most people continue to obey fools — because they were taught to assume that there is a linkage between expertise and wisdom.

The reality is there is none.

Dennis Prager is a columnist for WorldTribune.com. He is a nationally syndicated radio talk-show host and columnist. His second volume of Bible commentary, "The Rational Bible — Genesis: God, Creation, Destruction," is published by Regnery. He is the founder of PragerUniversity.com and may be contacted at dennisprager.com.

Castros are dead, but the people still 'want out'
Opinion