by Romulus at Grok Trade

If you are in the mood for a little retail therapy, you’ve come to the right place.

With bells ringing and shopping malls singing, it’s the season to shop. Demand is pent up and supply is stuck up (in the ports, that is!). This combination leaves us with the potential for a record setting year. There will be diamonds and a few lumps of coal, but the market should show us the way. Let’s go shopping!

Thank goodness I have stock charts to help me figure this out. I believe in the predictive power of markets, and this power is exhibited every day in the buying and selling of millions of people, which shows up in the charts. This method is not 100% accurate, but it is better than anything else I know of.

A few months after the start of the pandemic, it became clear that buying things online was the only way to acquire things. A lot of retailers went bankrupt, including some big names like Lord and Taylor.

Amazon was the major winner in this disruptive period, with their stock more than doubling from the Covid crash lows. The biggest winner, however, was a mainstay of holiday shopping for decades that almost didn’t survive the new world that Amazon built.

Macy’s was founded in 1858, making it one of the oldest companies in America. It was bought out by Federated in 1994, which combined it with another old stalwart, Bloomingdale’s. The firm changed its name to Macy’s, trading under the ticker M. There was a lot of talk during the spring of 2020 that Macy’s was going out of business. The stock dropped to five dollars and essentially near those lows until a year ago. It was said that Macy’s would never figure out a way to compete with the online giants, let alone the discounters as they transformed their business models to a hybrid brick and mortar, internet force. My Name is Romulus: Let's beat Wall Street! Bankruptcy discussions are over, and Macy’s stock is on a tear. At $37 a share, M has been a leader in the retail sector for the past 12 months. As I am not a shopping person, I don’t know what they are doing differently, but it must be something. M is worth keeping an eye on, though, especially for the next two months. On this one, look to buy during dips in price. 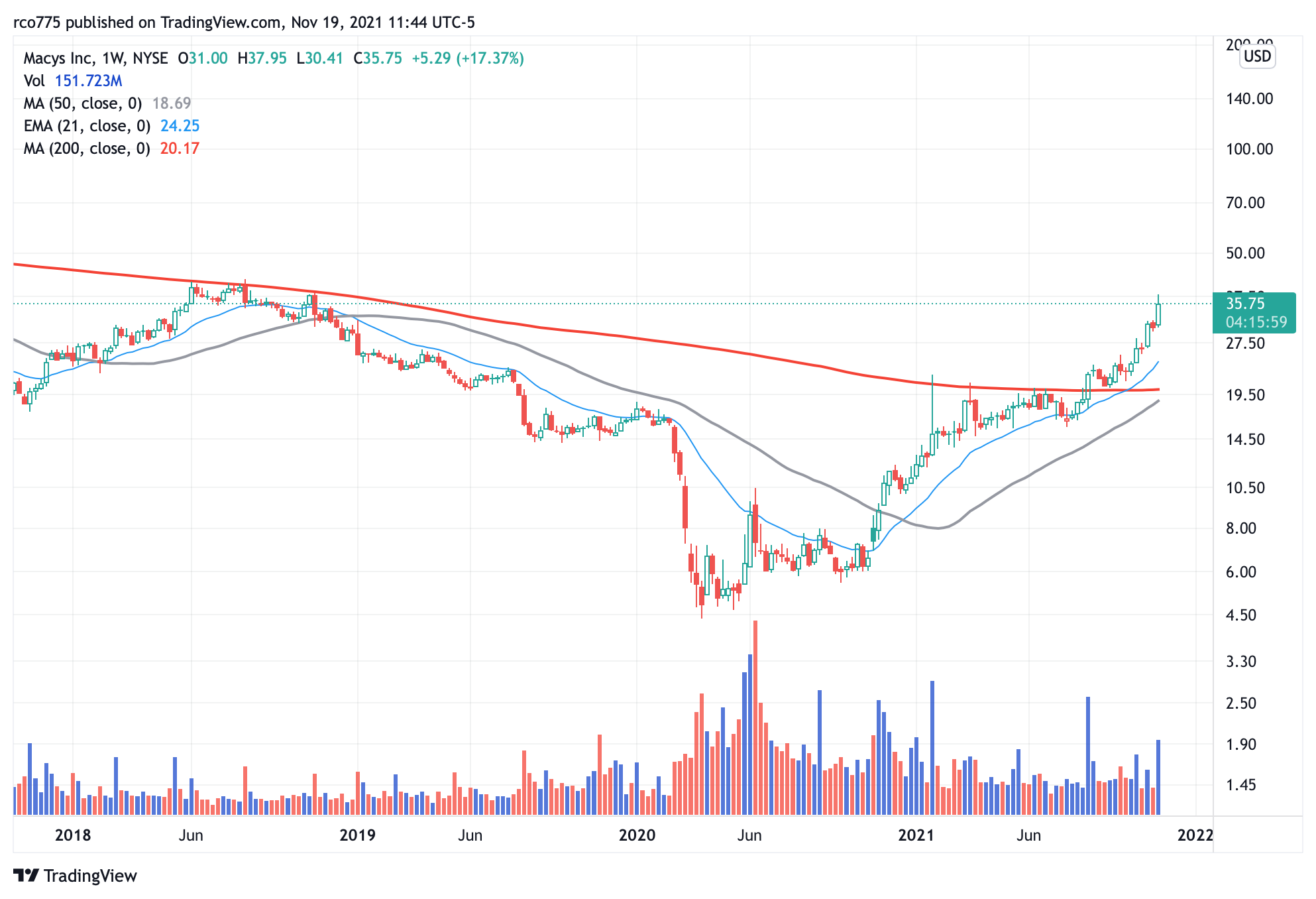 Amazon will attract the most attention from traders and investors this shopping season and that attention is fully justified. This company has completely re-drawn the retail experience, practically invented large scale cloud hosting, and is now assaulting Netflix and Disney. With the highs of last week, a new uptrend can be officially declared. AMZN should mend those hearts it broke in late July.

AMZN is a buy for those with a higher risk tolerance for loss.  This stock likes to bring people in, but there have been fakeouts from the breakouts.  For now, the uptrend remains alive. 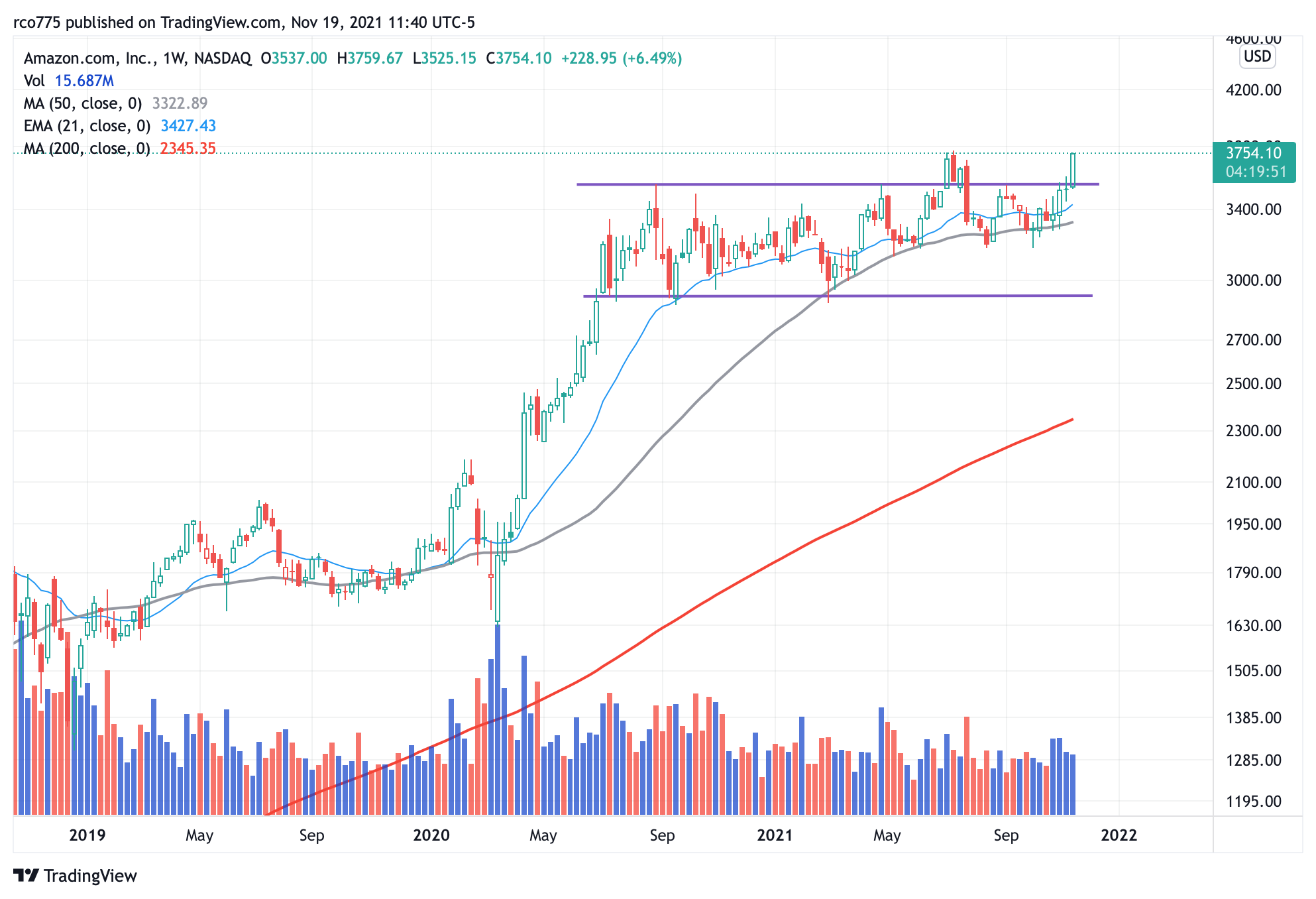 Target and Costco have enjoyed strong stock runs this year, but Walmart has been stuck for the last 15 months. This company has a large customer base, but a reputation for weak customer service. Their online division has not kept pace with Amazon for years, and Sam’s Club was a laggard to Costco from the beginning. Despite those issues, the stock seems to be ready an upside breakout. The volume picture has improved since March, and there is a slight uptrend in place dating back to March 1st.

On a risk/adjusted basis, WMT might be the best stock mentioned so far. It is a straightforward trade to set up. If it can trade a little above 152 on rising volume (notice it recently fell on rising volume), it should see 168 by February. 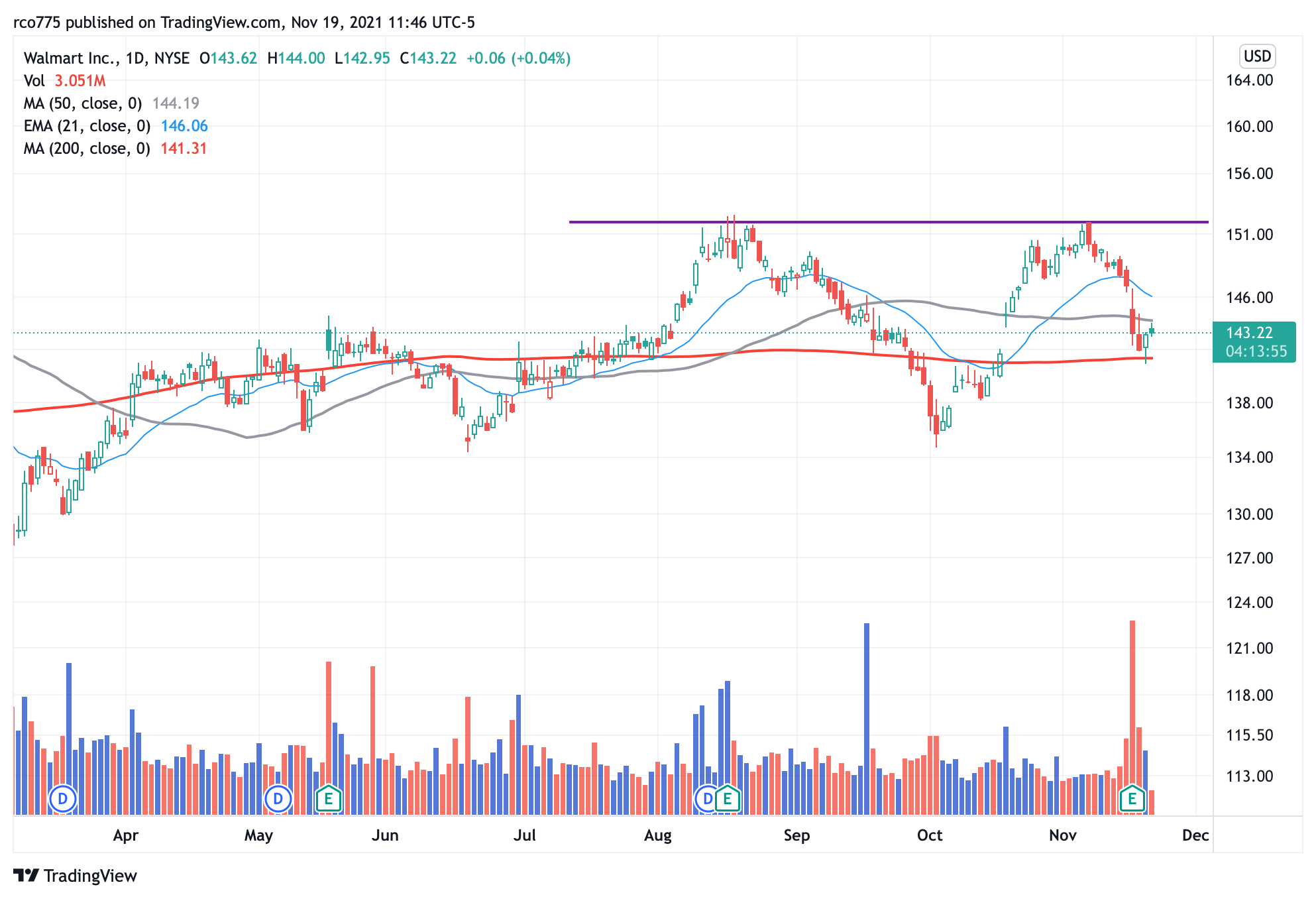 Not every stock on the retail block is a bargain right now. A heavily shorted stock, Ollie’s Bargain Outlet (OLLI), looks like an expensive stock these days. And there is a company called Poshmark that went public earlier this year. I would stay away from it. It may be Posh, but buying a stock at $20 that drops to $10 in six months can leave a mark!

There are several stocks in the retail group coming out with earnings this week. Earnings related volatility is higher these days than it has been in a long time. Be a little careful.

There is an easy way to get investment exposure to the retail group without walking up and down endless stock market aisles. XRT, the retail ETF, just broke out of an eight-month consolidation. It is a little extended now, but then again so is just about every stock on the market. A simple way around this is to buy some, then add more if it drops. 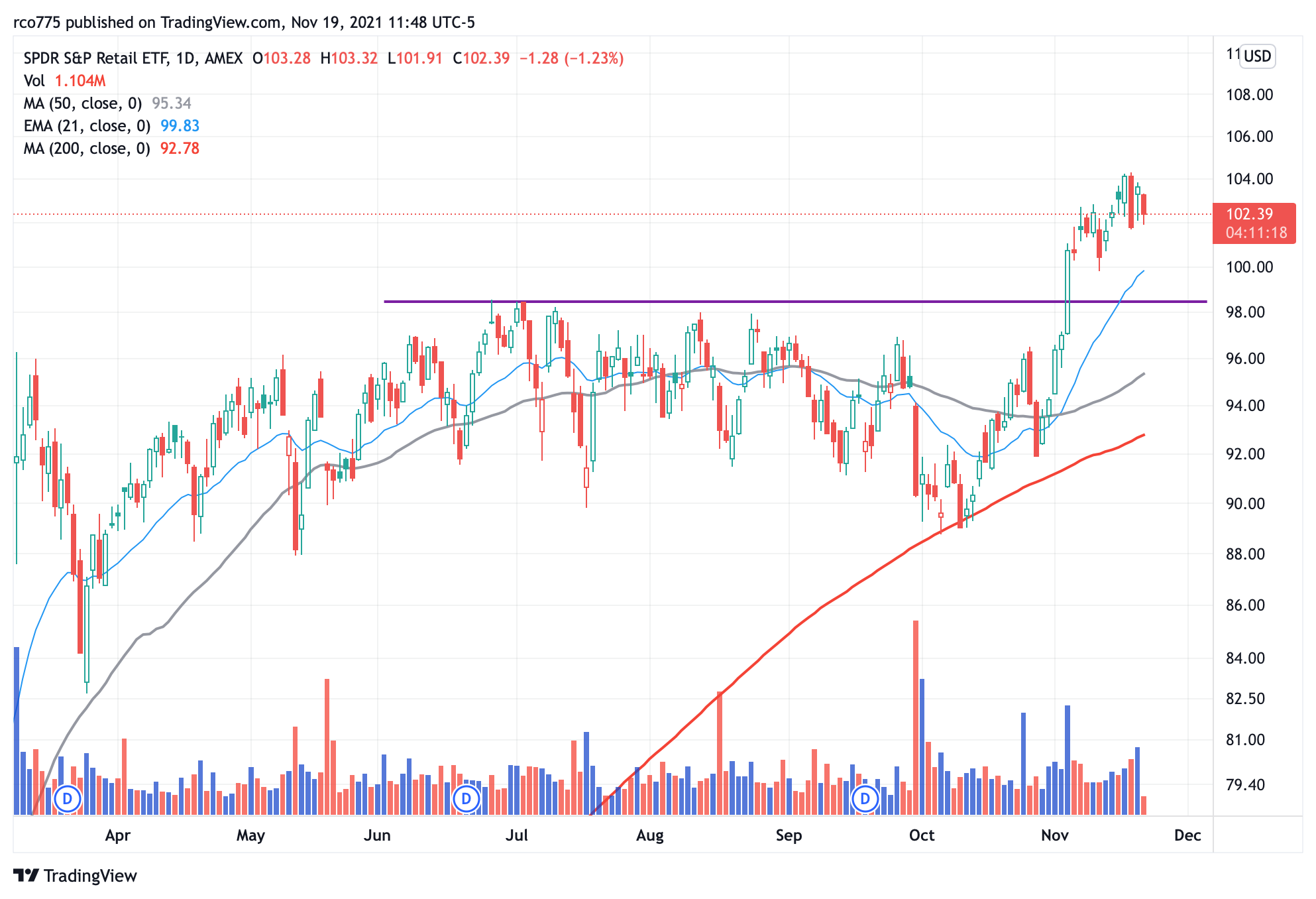 In his real-life existence, Romulus started on Wall Street in 1994 and traded for a hedge fund for 13 years. Since 1994, he has called every major market top ahead of time and profited from them, including the break of the Dot-com bubble in 2000, the market crashes of 2008 and 2009, and the Covid crash of 2020. For the past 12 months he has been working with investors and traders to actively manage their portfolios by growing wealth, not risk, as a teacher and mentor working with Grok Trade, a stock trading educational company in business since 2007.